> Information > Who has invented delicacies from snails? 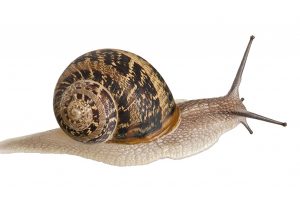 What is a delicacy? This is, basically, an unusual and refined product. Delicacies used to be the dishes that amused everyone. The usual menu of the person included fruits, vegetables and meat. Later on, the menu was diversified with the dishes from particular regions. This tendency gained its popularity due to the navigation in the period of Columbus, as people used to travel to India in pursuit of spices.  The development of culture and art influenced people’s inspiration to the delicacy in food. The father of the “high cuisine” is considered Marie Anthuan Karem in 19th century. The cuisine of the medieval ages was dull and identikit. However, Karem used his experience and knowledge and started experimenting with different ingredients, including snails.

A little bit of history.

Marie Anthuan Karem was curious, interested in reading and gathering different receipts that he managed to find. There were no cook books in the ancient times. Indeed, they looked like some pieces of advice, describing the most useful properties of products. Snails meat was one of such products. Ancient people started to consume them, using the most primitive way of cooking. The shells were simply covered with hot fire coals. This dish was an excellent alternative in the days of poor hunting.

In Ancient Greece snails’ meat was consumed by all people. It was considered useful for people, who had gastro enteric problems. Later, the romans used this food and took it to the long-lasting crusades. Thus, mollusks gained their popularity all over the world. 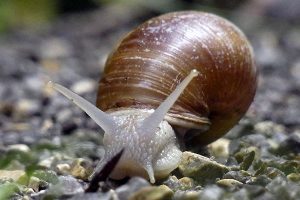 When Marie Anthuan Karem was taking the position of cook in the Monistry of Foreign Affairs, he got the chance to make his culinary dreams true. Solemn supper turned into a masterpiece. There is the legend that Marie Anthuan Karem invented “Escargor de Bourgogne”. He was required to cook the supper for the late visit of the Emperor Alexander I. However, he did not have the necessary provision and used garden snails. Karem created a delicacy for the Emperor. He added butter, garlic, parsley to enrich the unusual taste of snails. Thus, the Emperor has tasted a delicate dish in shells. Alexander I estimated the dish and it has become popular in many noble houses together with oysters and other seafood.

Although, this dish is being cooked for a long time, it is still considered a delicacy. Many countries in Asia, Europe and Africa have long been using this delicacy in their cuisine. Modern cuisine tendencies promote the culture of mollusks in Ukraine. Many restaurants introduce dishes from snail meat in their menus.