Snail business is one of the top profitable and sought after business projects for today. There are several reasons for this. Let’s see.

Today snail meat is in demand among European consumers. Every year about 50 thousand tons of this product are eaten by the French. The figure for Europe is much higher.

According to experts, the demand for snail products is covered by 70%. Products from countries of Lithuania, Latvia, Poland, and Ukraine fall on European markets. According to statistics 370 tons from Ukraine were exportedn in 2017.

Demand for these products is increasing every year by 3-5%, which opens up opportunities for Ukrainian manufacturers.

To start breeding mollusks, it is not necessary to own a large asset. Starts production of 750 broodstock. To maintain them, they use a land plot measuring 12-15 square meters. This is either a garden plot, or a greenhouse, or a closed room. 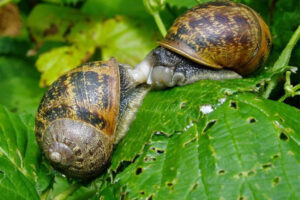 Do not forget that snails love heat and humidity. Therefore, for a starting project, with an open allotment, you will have to adapt to the rhythm of the mollusk’s life. In the winter, the animal hibernates, therefore, the production cycle will stop until the next season.

But, if you decide to approach the issue more seriously, then it is worth using production facilities in the form of enclosed spaces. Here control over temperature, humidity is carried out, which leads to an increase in offspring much earlier.

Under natural conditions of keeping, one individual is able to give offspring twice a year — this is up to 60 eggs per clutch. That is, with modest estimates, by the next season, the population will increase 4-5 times.

One ton of broodstock can lead to an increase in livestock up to 40 tons per season. The timing of such growth is six months of an active life cycle.

To purchase a broodstock will be required eight to twelve euros per kilogram  Subject to breeding technologies, temperature conditions, preservation of the offspring, the number will increase by the season of “harvesting”. The cost of sales to EU countries is 3-5 euros per kilogram. Thus, the payback period will be 10-20 months for small businesses; for large — up to 15 months. 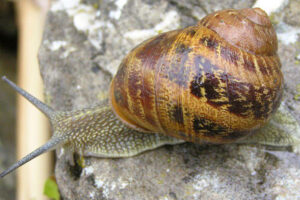 These figures are relative because they depend on the starting portfolio of the investment. But even insignificant investments can bring a stable income. Moreover, they sell live weight products (broodstock), finished products (escargo), and frozen snails for export.

All experts speak about the benefits of shellfish products, from cosmetologists to gastroenterologists. Shellfish meat contains a high level of protein, which contains the amino acid choline. In addition, the composition includes trace elements that the human body needs — phosphorus, magnesium, calcium, riboflavin, and others.

The meat is dietary, therefore, is in demand among consumers. Calorie content in one hundred grams is kept at around 90 kcal. It is recommended for diabetics, growing children, pregnant women.

The Ukrainian market is not a “plowed field” for this business, since there is no competition, and production volumes are insignificant. Demand in the European market is so great that there is no end to the coverage of this performance indicator.