There are a great number of different types of snails in nature. It is estimated, that there are about 3000 species in Australia. Sails are divided into two huge types: herbivores and predators. Herbivorous are fed with plants. Predators are fed with the other representatives of the same class. In modern cuisine, herbivores are more popular; however, predators can be also used for preparation of interesting and delicious dishes. Moreover, predators have other important functions. Thus, Helen’s snail is usually kept in aquariums as a means to control excessive breeding of aquarium inhabitants. In addition, predators can be found in water and in land. 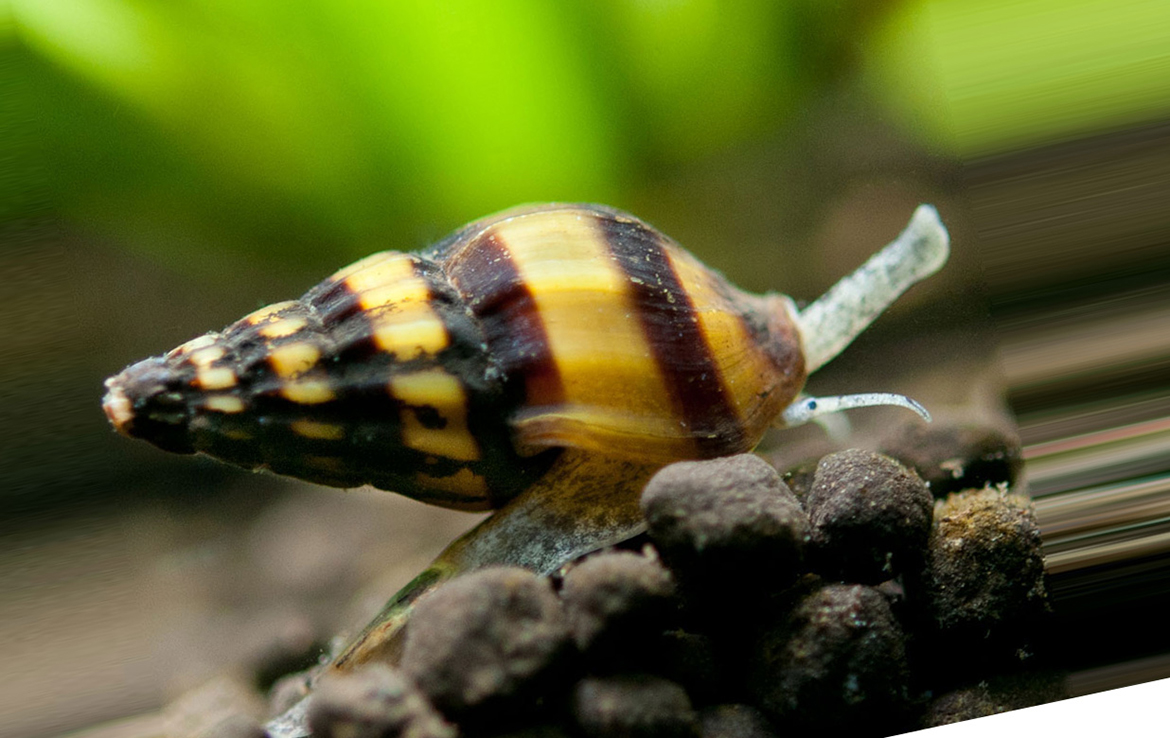 Herbivorous species are pests, harming orchards and vineyards. For instance, the Asian Snail-Tramp may grow up to 18 mm in lengths and is considered a pest. Despite the variety of shellfish is huge, not all of them are used for food 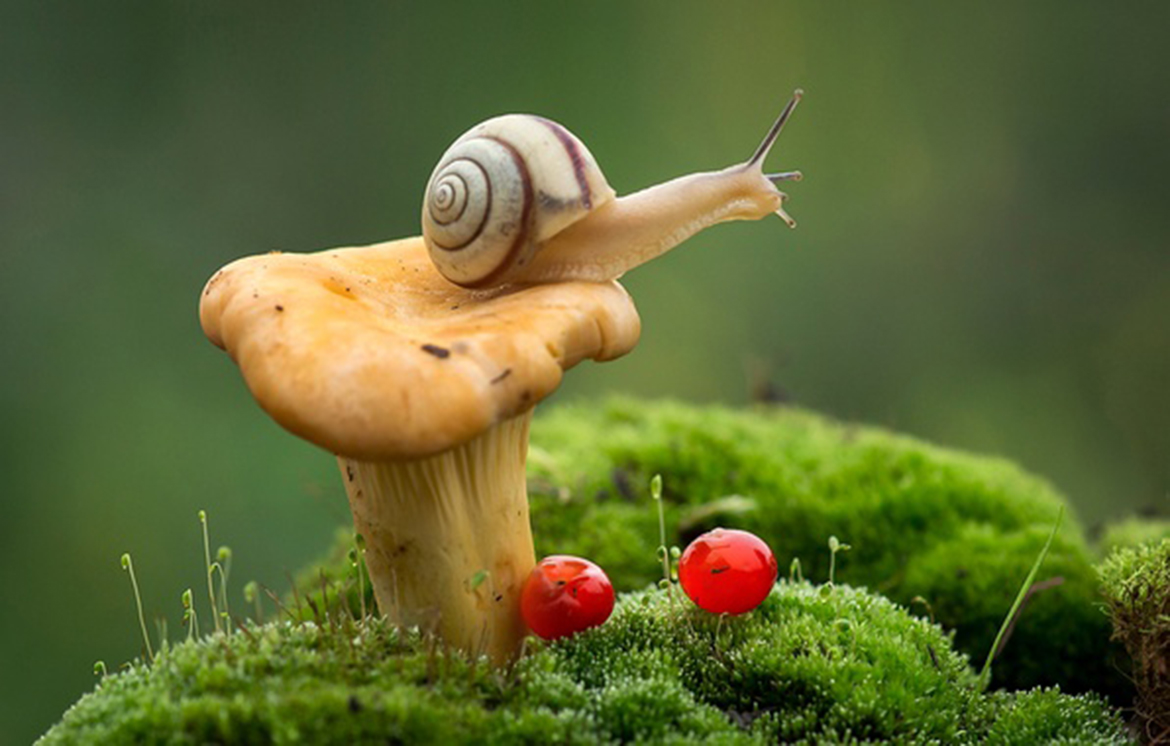 Edible mollusks were used in food in ancient Rome and Greece. Cooks fed them with flour, aromatic herbs and wine, in order to make meat unique and tasty. There are many receipts of snails preparation and different countries have diverse secrets of snails’ cooking.

What are edible snails types?

Citizens of the European countries prefer consuming terrestrial snails of the Helicidae type. It as its subtypes: 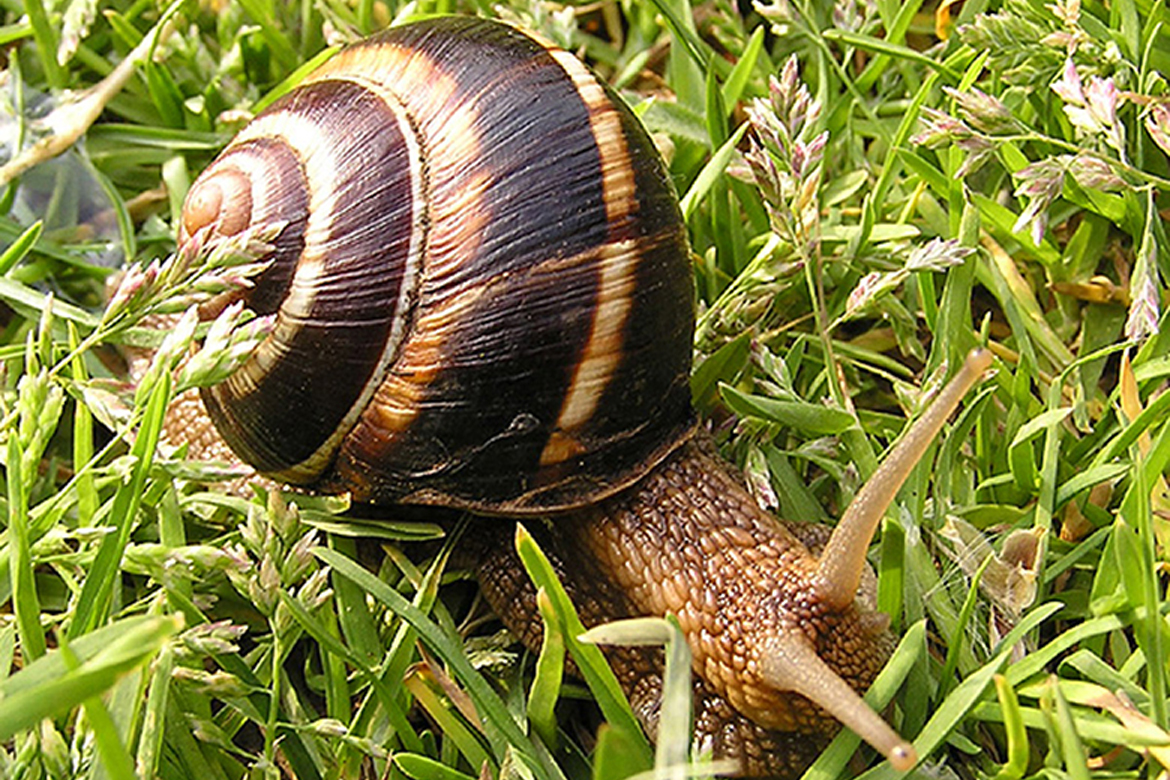 Which are edible types of snails?

Despite snails are famous for their taste, the most popular types are garden and grape snails. They are cultivated and grown at the specialized farms, such as «Snails House» farm in large quantities for sale. These farms deliver snails and their products to different countries, supermarkets and restaurants. In addition, snails and their secrecy are used in cosmetology in productions of crèmes and gels.

Helix Pomatia is the most valued and favorite type of edible snails. It gained its popularity due to special taste of meat.  The representatives of this species need 2 or 3 years to reach the desired lengths and size. Their weight can be 30-45 grams. 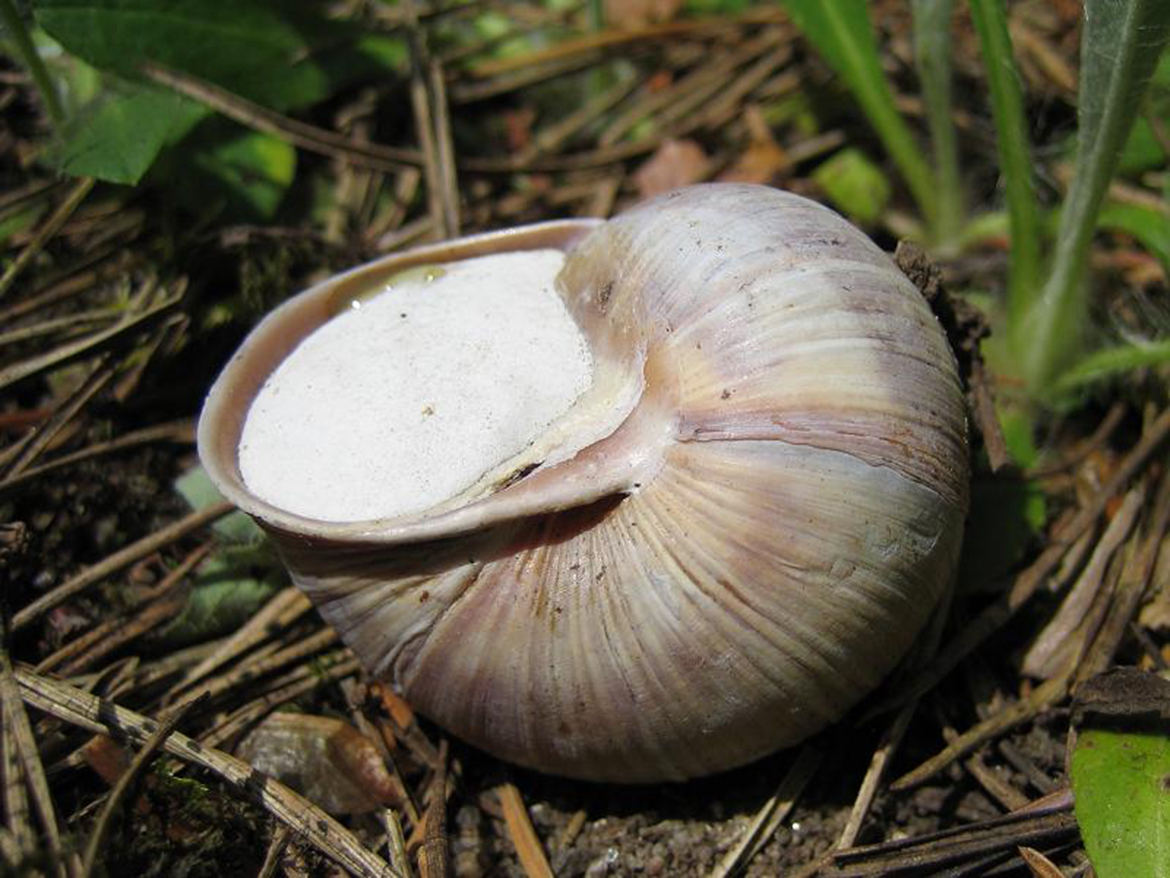 Helix Aspersa Maxima, or gros gris, has shorter cycle of cultivation, compared to grape snail. In order to reach the require size and weight, this species takes 5-7 months from spring to autumn. An adult species reach 16 to 25 grams in weights and lay 120-180 eggs. 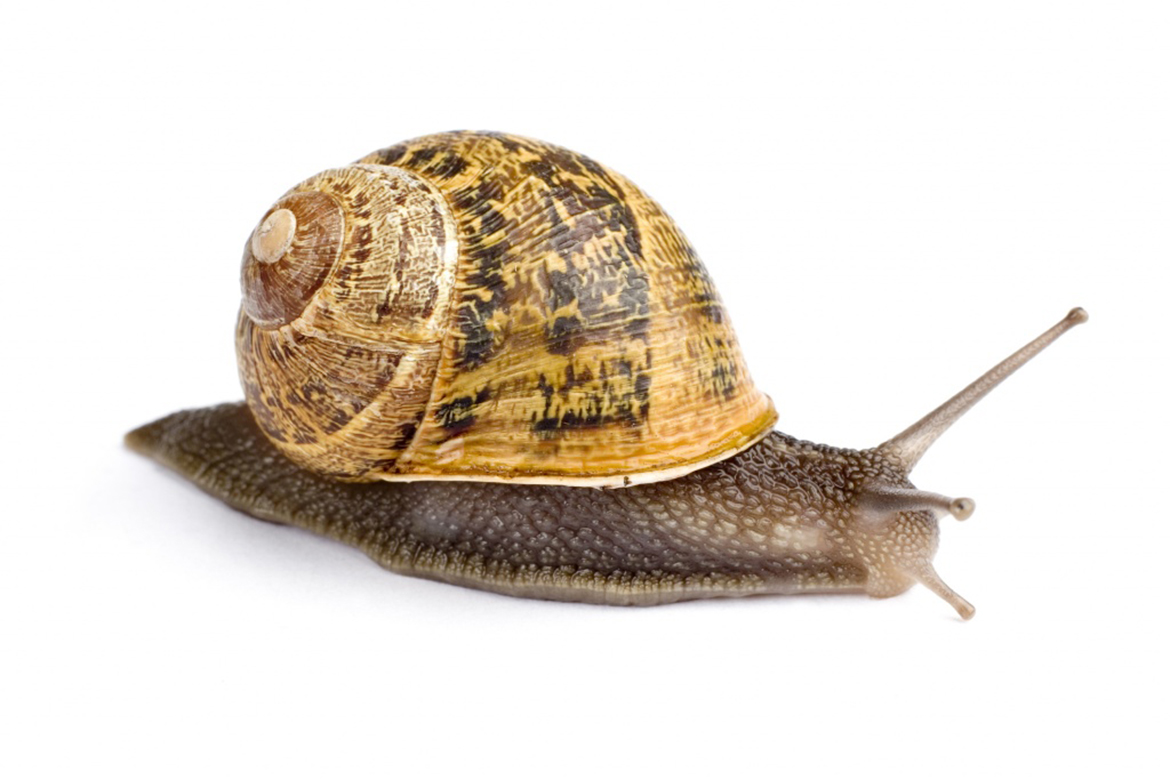 Helix Aspersa Muller, petit gris is used for cooking entirely. Despite its small size, its meat is very tasty and does not require special treatment. It is cooked together with the shells without the necessity to remove intestines.  Its weight can reach 6-10 grams and they can lay 80-120 eggs. The period of growth and achieving readiness constitutes only 5-6 months. 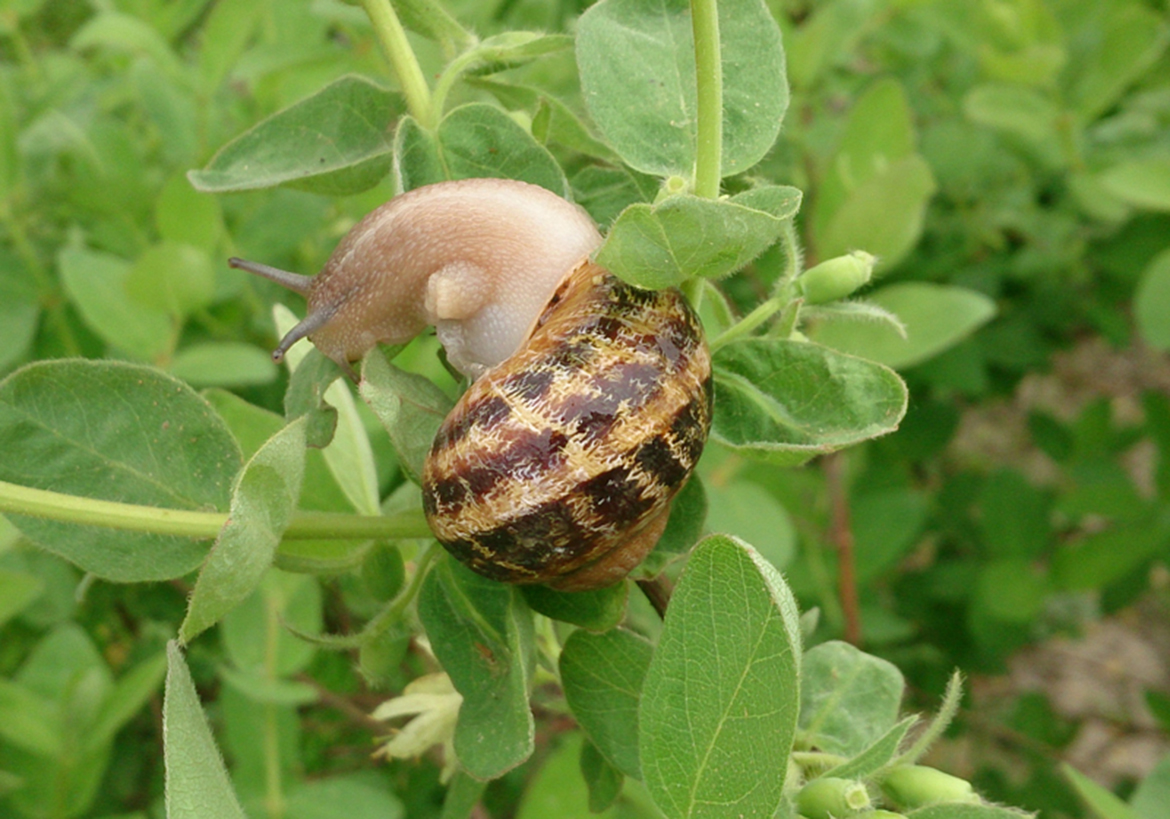 Another type of edible snail is Otala Lactea, or Spanish snail. It is grown and consumed mainly in Spain, Portugal and Greece. This invasive pest is gown in a wild. It has smaller size, compared with Helix Aspersa, and its sell has different features, but it is beige with dark brown stripes in general.

When growing snails, be patient and attentive

In order to get good crop of snails, it is necessary to crate favorable conditions for their growth. They are cultivated in specialized fields, where snails can easily reach the required size and weight and then be carefully and manually collected. Then they are proceed and prepared for transportation in the forms of frozen and ready-to-use products. 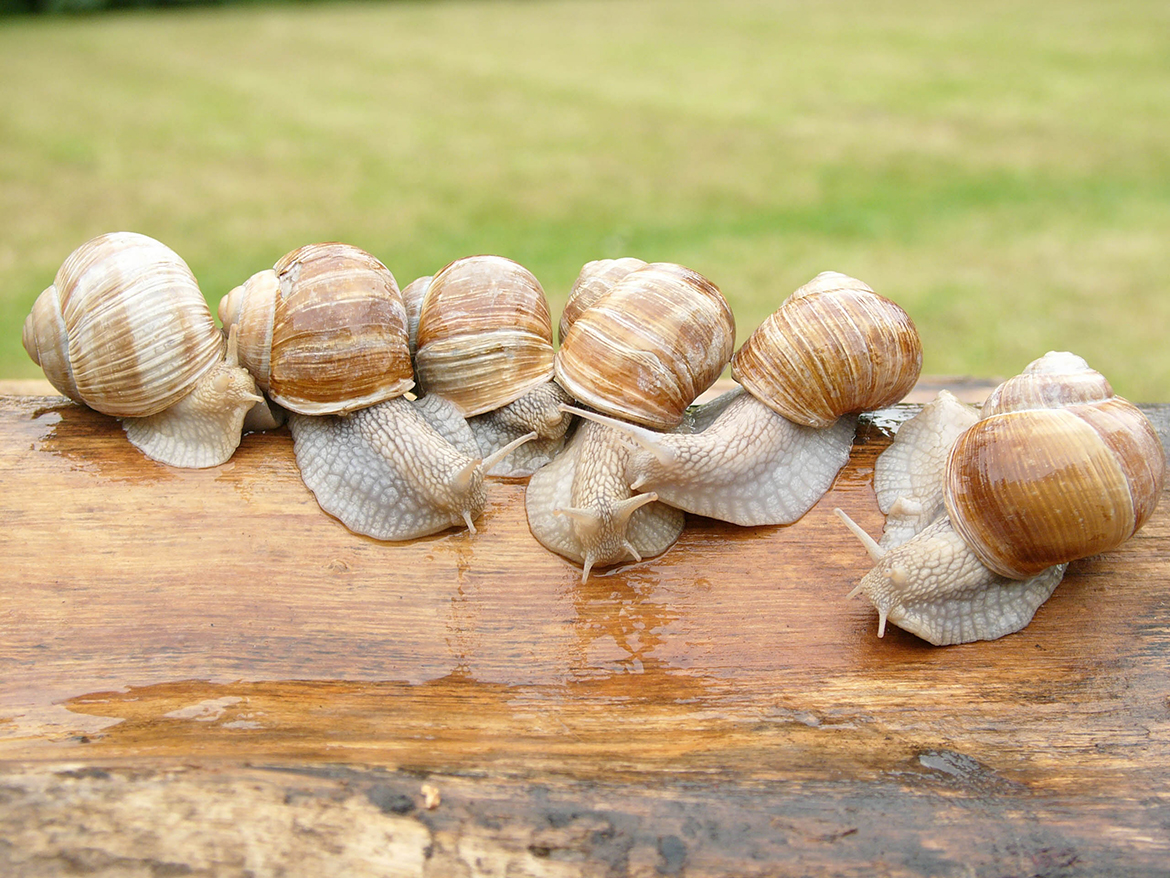 These types of products are of great demand in many world restaurants, where people value snails not only for their taste and delicate meat, but for a high concentration of vitamins and amino acids. They improve wok of the whole body.

Which snails are popular among the French?

Helix Pomatia, grown in Burgundy, is the most popular type on France. French cooks prepare famous receipts, Escargot de Bourgogne from this type of snail. In addition, the French are known to be the most active e consumers of snails, so they eat about 27 thousand tons or 700 million pieces, although, their demand cam be satisfied only by 60-70%. Burgundy is unable to provide all gourmets with such amount of snails so France has to import them from other countries.

The way of cooking French snails

As usual, French receipts are not very complicated and cooks use only live snails, although, canned and frozen meat is popular as well. In order to prepare snails, the cooks mix the boiled fillet with butter, various spices and stuff shells. The name of the dish depends upon the ingredients, however, foreign countries prefer name the receipts «French».

There is huge amount of receipts of shellfish preparation, depending on the country and ingredients. Thanks to natural diversity, world cuisine can present different receipts to the world.