> Information > WHY IS MULLER USED FOR SLIME EXTRACT?

If 10 years ago cosmetics based on snail mucus seemed like something strange and unknown, today almost every woman has already managed to test a cream, mask or serum with mollusc mucin as the main ingredient.

Despite the fact that Chileans (TM “Elicina” in the 80s of the last century) were the first who launched a cream with mucus on the market, the product was popularized by Korean companies, in particular “Mizon”.

Now the Americans, French, Spaniards, Poles, Russians, etc. are engaged in the production of funds based on mucin extract.

Cultivation and production of mucus

The more popular products from this line become, the more the industry for the extraction of basic raw materials develops. 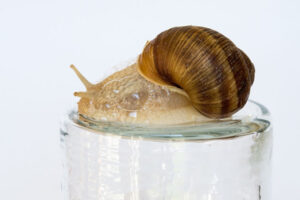 For these purposes, shellfish are grown on separate farms, strictly observing the rules of hygiene. Giant African Achatina are best suited for cosmetic and medicinal purposes. Recently, it has even become a popular massage procedure with these snails, which is carried out by cosmetologists in some beauty salons.

However, many companies use other breeds from the Helix aspersa group.

However, there is a nuance here: the fact is that the mucus that you notice when the animal moves, practically does not have the desired properties. Liposin (as this type of secretion is called) is produced by glands on the mollusc’s leg for better gliding, to facilitate movement of the snail.

But the mucus needed, cryptozin, is produced by body during stress. Just there is a storehouse of useful substances:

Each component has separate functions that have a positive effect on the skin:

No natural substance can boast of the same set, therefore, the discovery of the properties of snail mucus at one time became a real boom in the world of cosmetology.

But how do you get your snails to experience stress?

There are several old and very traumatic methods:

These methods work, but what`s the cost? At the same time, snails suffer greatly, and the mortality rate after such procedures is high. In addition, such manipulations cause the highest degree of discontent among animal advocates.

Such barbaric methods of mucin extraction did not leave scientists indifferent. Experts have spent six years developing and testing a new invention — the MullerOne device.

This device was created in Italy by the International Snail Cultivation Institute in cooperation with the State Society of Breeders.

The work is based on the spraying of ozone with invasive stimulants, under the influence of which gastropods secrete cryptozin, but do not experience discomfort. 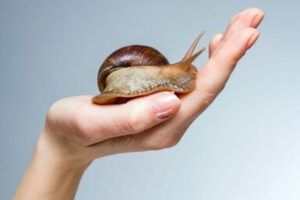 Firstly the molluscs are sprayed with a light pressure of osmotic water with ozone, which stimulates revival. Then, with the help of a special solution, consisting only of natural ingredients, physiological non-invasive stress is stimulated.

The Muller device has another advantage — a non-contact “closed” process reduces bacterial load. In addition, the very fact of using ozone additionally disinfects mucus during the extraction process, eliminating microorganisms and mold that somehow remain on the snail’s body. This fact directly affects the quality and shelf life of the extract.

With the help of the unique composition of the solution, the reaction of the mollusk can be compared with tickling, which does not harm the animal at all, but only encourages the return of the pH of the epidermis to the physiological level. At the same time, the amount of mucin secreted is significantly higher than with the barbaric methods described above.

Thus, MullerOne is recognized as the most efficient and safest method of mucus extraction.