Snail mucus extract is considered to be a miraculous substance with a whole range of properties that have a positive effect on the skin.

According to scientists research, snail mucin was used in ancient Greece. In the writings of the healer, physician and philosopher Hippocrates, references were found to the treatment of inflammatory processes using mucus in combination with sour milk.

Much later, at the end of the twentieth century, workers at one of the snail farms in South America noticed the skin of the hands, which every day became more well-groomed and moisturized, looked younger, and wounds healed much faster.

In laboratories, a long process of studying the composition of mucin began, as a result of which a whole arsenal of useful components was discovered there. 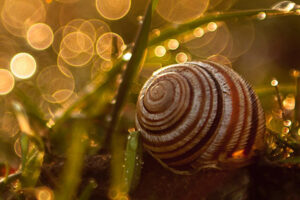 All of these substances are used separately in different cosmetics. Moreover, manufacturers often obtain them synthetically, while in the snail mucus extract such a rich composition is completely natural.

Depending on the type of your skin, auxiliary components are added to the cream or serum, which enhance the desired function, complementing the positive effect.

The useful substance is used not only in cosmetology. The bactericidal and regenerating properties of the extract have found application in medicinal ointments for burns, warts, scars on the skin.

Despite the higher demand in the market for cosmetic products, European burn centers use the practice of treatment courses, after which patients get good results. For this reason, such institutions on an ongoing basis purchase mucin from manufacturing enterprises.

How is snail mucus extract obtained?

The mollusk secretes the “necessary” mucin in two cases: for the healing of chips on the shell and in case of danger (this is a protective reaction of the animal to stress).

The quality of the product depends on the following factors:

The extract production process is costly, so the funds based on it are not cheap. Snail slime can be bought at the same farms where shellfish are grown on an industrial scale.

Modern extraction methods do not harm the animals. One of the new methods was developed in Italy: a special substance is sprayed on the snails with a device called “MullerOne”, under the action of which the mollusks secrete the desired secret. After collection, the mucus is cleaned and filtered. High quality product does not contain water.

Further, from the unprocessed mucus, it is necessary to obtain an extract — lyophilized mucus (dried by a vacuum method). From 1 kg of mucin, only 5-10 grams of dry matter is obtained, which is a white light powder.

On the world market, 1 g of such a dry extract costs from 25 euros.

High-quality cosmetics containing snail mucus are quite expensive, but their beneficial properties justify the high price, helping women around the world to maintain their skin in perfect condition.