Everyone knows that millions of years ago our planet was completely covered with water. Under these conditions, there were many living organisms. In the process of evolution, snails were the first to land the Earth, becoming leaders for many species. There are more than 200 thousand species of mollusks in the world. They evenly spread across our planet, occupying various parts of the world.

The types of snails can be enumerated endlessly. We are going to divide these snails based on their habitats:

This division helps understand that each group has numerous subtypes. 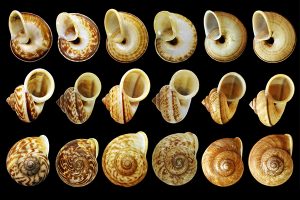 The most prominent representatives of terrestrial gastropods are:

This list is the most common varieties of fresh water snails. They are united by external similarity, and share the same habitat conditions. Freshwater snails live even with a minimum level of oxygen and eat everything. In nature, they live in extremely polluted water, in abundant vegetation, with a small flow. 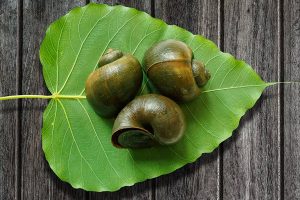 These representatives live in various places, but have found popularity with aquarium lovers. There are about 90,000 of kinds of marine mollusks. They inhabit the shallows and oceans and can have different colors.

Some marine inhabitants are deadly to humans. Be careful during the contact with these snails.