> Information > BREEDING SNAILS: WHAT PURPOSE ARE THEY USED FOR?

Almost every resident of our country has heard or read information that such a livestock industry as snail breeding is rapidly developing in Ukraine. However, many who have briefly met such news don`t quite understand why they grow mollusks, which were previously considered garden pests. But indeed, these creatures with pleasure eat green leaves of vegetables and shoots of shrubs in the fields and gardens.

In this article, we’ll just figure out for what purposes different types of gastropods are grown.

This is the main use of snails around the world. Ukraine for a long time remained on the sidelines, but literally 10 years ago, resourceful entrepreneurs caught on the idea of ​​creating a new business and put the business into circulation.

We mainly breed snails for export, selling to countries such as Romania, Poland, Bulgaria. These states are far from leaders in consumption of mollusks, but the scheme for processing and procuring semi-finished products is well established there. Further, the products are exported to France, Spain, Italy, China, etc. 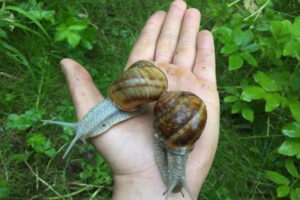 Snail meat is considered very healthy and dietary. Its advantages:

In addition to all these advantages, the mollusk fillet is tender and tasty, if cooked correctly.

The most famous dish is escargo. Such a delicacy is the national pride of France. The meat of snails is baked directly in the sink with a creamy sauce.

Also gastropods are boiled, added to salads, soups, grilled. In general, the product is universal and is used in a large number of recipes of European cuisine.

What kind of snails are edible?

For cooking, three types of snails are used:

In our country, the main share is occupied by grape snail. This species is widespread in all corners of Ukraine, so it is often collected in natural conditions. At the peak of the season (May-early June), when it is still not hot outside and generous rains, experienced “hunters” go to mixed forests in search of prey. After collecting the mollusks, they are handed over to reception centers organized by large companies in settlements. This is a good type of income for students, as well as many employees who can take a vacation or come to work later (the best time for searching is considered to be from 6 to 9 in the morning).

In artificial conditions, the species Helix pomatia is grown on open-type farms. As in nature, snails spend their hibernation in winter.

Garden snails (Helix aspersa Maxima and Helix aspersa Müller) are bred only on farms. These mollusks are accustomed to a warmer climate, so they will not survive here. A mixed growing system is considered the best option (before the onset of heat — in a heated room, and from late spring to early autumn — in open space).

The amazing properties of snail mucus, which is actively used as part of cosmetic and pharmaceutical products, have been noticed for a long time. 100 years ago, farm workers in Chile noticed that the skin of the hands improved after several weeks of contact with shellfish: it became more elastic, smoother, and the wounds healed much faster. 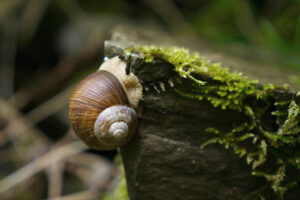 After a series of studies, scientists found such beneficial substances in mucin:

Mucus-based healing creams are used in the treatment of burns, warts, psoriasis and other skin problems.

For these purposes, giant African Achatina are mainly used. Due to its impressive size, one individual gives a large amount of product. In beauty salons, snail massage treatments have also become popular.

Snails are great benefit to humanity. Despite the constant development of the industry, there is a shortage of this useful product in the world. So if you are looking for ideas to create your own business, breeding gastropods is a great way to earn money.